Online sports betting along with other online games of chance are currently prohibited in the Netherlands. Also the current legal framework Games of Chances Act, which is a legal framework first introduced back in 1964 does not allow provision for granting a license for an offering of online gambling. Luckily for this market, all of this is going to change as soon as the country implements the new KOA Act which is set to replace the current one.

But, before we shed some light on the upcoming new legal framework and how it will unlock this market’s potential, it’s important to highlight some of the Dutch market’s key aspects. 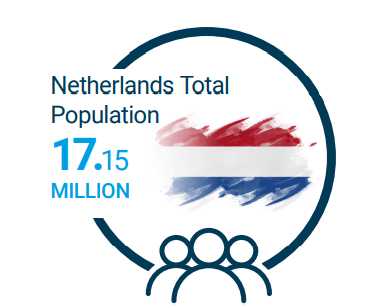 This is nothing more but a mere indicator of the Netherlands’ strong digital growth which will play a pivotal role when online sports betting goes live.

Shifting back to the legal matters, on the 19th February 2019 the Senate approved the Draft Bill on Remote Gambling, and as a result it is now possible to apply for a license in the Netherlands.

The Remote Gambling Act or KOA Act has finally come into effect on the 1st of April 2021, which means that the online gambling market will open six months later.

On another note, the online gambling market remains significantly smaller when compared to the land-based market (which consists of 14 casinos, a state lottery, charity lotteries, lotto, sports betting and horse racing)

However, this does not diminish its potential. According to data provided by H2 Gambling Capital, the GGR for the Dutch online market in 2019 reached an all-time high of €424 million. According to the report, strong continuous growth is imminent as soon as the KOA Act comes into force with forecasts predicting that the total size of the online market is set to increase from €424 million in 2019 to €513 million in 2021 and reach €1.27 billion by 2025. Such growth will surely decrease the gap between the online and land-based market which in 2019 had a GGR of € 2.7 billion.

The data and statistics of H2 Capital and Regulus Partners were compared in a report commissioned by the KSA. Both companies have similar expectations regarding the growth of the online market by 2024 with Regulus Partners forecasting a GGR of €827 million whereas H2 expects a GGR of €1.08 billion. 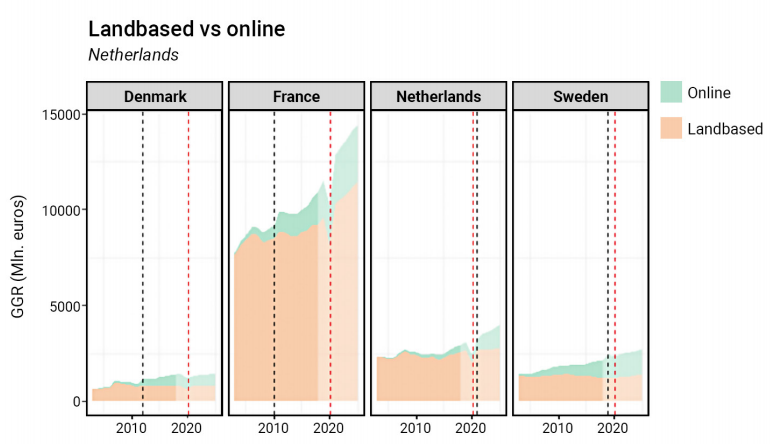 The data from Regulus Partners indicates that football is by far the most popular sports in the Netherlands, which is clearly shown when it comes to market share.

The same company forecasts that there will be a significant surge in betting on football matches as soon as the KOA Act is online.

Tennis on the other hand is the second most popular sport when it comes to betting. It generated a bigger GGR per annum than all other sports (except football) combined.

On another note, in the data provided by Regulus Partners included in the KSA report, statistics are indicating the popularity of slots in comparison to other casino games. Also, they predict a significant increase in the market share for both slots and live casino as soon as the KOA Act enters into effect.

It is worth highlighting the new increasingly popular trend where users play casino games on mobile devices now more than in previous years, as the KSA expects the GGR generated on a mobile device to increase up to 65% of the total online casino GGR by 2024. 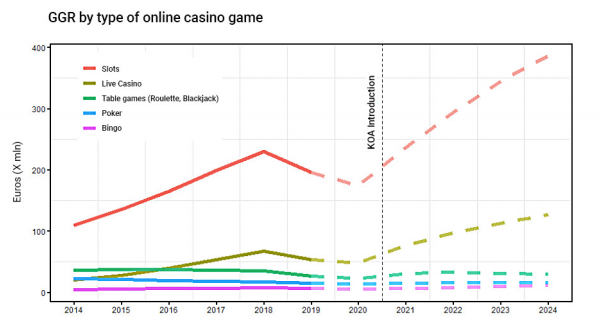 Dutch authorities are expecting large growth in the legal market after the new legal framework is put into place.  They are aiming for an 80% channelization rate only three years after the KOA Act enters into force. They aim to channel “VIP” players as well as regular players since they will be the main point of attention after the KOA Act enters into force. These two-player segments amount for the vast majority of generated GGR and according to the statistics tend to spend more money than recreational players.

There are only a couple of months left until the online gambling market goes, well, online. The KOA Act will play a pivotal role in further developing and increasing this market’s potential, and the Dutch market has all the essentials to soon become one of Europe’s biggest sports betting markets.

This site is registered on wpml.org as a development site.